16 April 2016. Two days ago I found the time to finish the series on mixing colours with exercise 4. I managed to produce a fairly satisfying Chevreul’s colour circle (see Fig. 1a below, apart from primary yellow and primary blue all colours in the photo are close to the original). What I tried when mixing the primary colours was to create a feeling of identical “steps” from one hue to the next. I could not say what made me decide to mix in a little more of the one colour and less of the other and I could not describe with confidence the characteristics which would describe such a step. It was an intuitive decision and it may well be that the colours in the circle do not look evenly distributed to anybody else.
What I noticed in my own circle as compared to Chevreul’s (Fig. 1b) was its artificial look. The colours look too clean and too cleanly separated for my own liking. Although the copies of Chevreul’s colour wheel found on the internet will almost certainly not reproduce the original hues with fidelity and from what is visible, the hues are not evenly spaced, I prefer his work by far. It radiates the sensitivity of someone whose lifelong profession was colour. 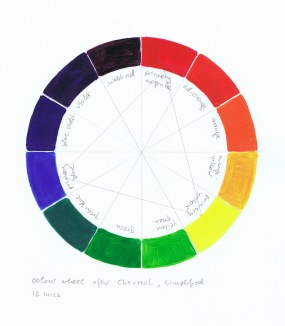 Figure 1a. Own colour circle after Chevreul, 12 hues

The first thing I noticed in the series was that (in my opinion) most of the resulting mixes would not count as grey. The only mix I would place in the category was that between primary yellow and violet. It turned a beautiful cool grey with admirable ease which also stayed equal in tonal value with respect to that of the original hues. In stark contrast to this was the mix between orange red and blue green, which became a very dark murky green. On the colour circle the axes of these two pairs pairs lie at 90° relative to each other. Tonal values of the other mixes appear to lie in between these two extremes. I also noticed that, of course, there would be several other hues achievable with each pair depending on their relative proportions in the mix. What I tried to do, however, was to produce a mix which came closest to be called grey. As in the previous exercise on mixing colours while keeping tonal values constant there was again a huge difference in the amount of white to be added to the respective darker tone.